Become a Member
Become a Sponsor

Tired of writing and re-writing your speeches? Are you going back to the drawing board Every Single Time a meeting planner calls and asks, ”Do You Speak About…?”

In this high-performance presentation, sought-after motivational speaker Elizabeth McCormick will deconstruct and dissect her introduction, opening, and one of her signature messages to reveal the speech-writing strategies that keep her booked at an average of 100 paid events a year without having to constantly rewrite her speech. Strategy should have been Elizabeth’s middle name. and she’ll answer your questions, provide her personal speech template as well as give us examples of how to use this template, and…you’ll even leave with a BONUS GIFT from Elizabeth to help you Amplify Your Business.

By attending ”Amplify Your Speech,” you will: 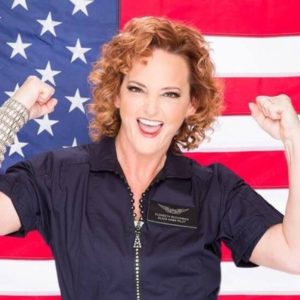 As seen on ABC News “20/20,” CBS News, MSNBC, on FOX News, on the front page of the Dallas Morning News and featured in the Wall Street Journal, Elizabeth McCormick has empowered audiences all over America with her action-packed speaking.

As a Black Hawk Helicopter Pilot Elizabeth has Flown:

Elizabeth supported UN peacekeeping operations in Kosovo as the S-4 Logistics Officer in Charge at the Battalion level, receiving the Meritorious Service Medal for her excellence in service.

A disabled veteran, Elizabeth was medically retired as a Chief Warrant Officer 2 after a career ending injury. She was honored with the Congressional Veteran Commendation for her commitment to duty and community.

Elizabeth is a founding member of the John Maxwell Team of speakers, coaches and trainers, as well as an award-winning sales consultant teaching her nationally acclaimed sales training: “It’s Not Stalking, It’s Follow-Up”.

With her empowering, energizing delivery, Elizabeth is a sought-after keynote speaker. She inspires audiences with her experiences and stories from her years as a Black Hawk Helicopter pilot and turns them into relatable lessons that any audience can put into immediate action.

A No. 1 best-selling author with more than 10 books out, Elizabeth recently launched her Soar 2 Success series of business success tip books with more than 15 more books in development for 2014-2015. Elizabeth’s first personal development book, The PILOT Method- the 5 Elemental Truths to Leading Yourself in Life.

Elizabeth resides in the Dallas-Fort Worth metroplex and travels throughout Texas, nationally and internationally for conferences, conventions, and events.

We inVIte you to be a SPonsor

If you would like to speak with someone about membership, an event, hiring one of our speakers or anything else related to NSA Central Florida, please complete the form below and we’ll be in touch!
Copyright © 2023 NSA Central Florida. All Rights Reserved. Website Maintained by Phil Reinhardt.
Become a Member